LORD ARTHUR’S BED weaves these two stories together, dramatizing the farcical trial that gripped the nation 25 years before the downfall of Oscar Wilde.

In Fanny and Stella’s extraordinary and comical story, two modern men find a hidden history and some uncomfortable truths that threaten to wreck their new life together. 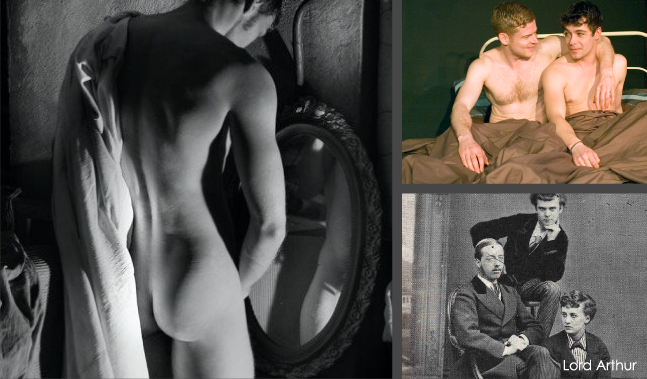 LORD ARTHUR’S BED premiered in May 2008 at the Brighton Festival Fringe and toured to The Carriageworks, Leeds, Rondo Theatre, Bath and Victoria Theatre Settle.

In Autumn 2008 it played at The Lowry, Salford, Square Chapel, Halifax and for two weeks at the Drill Hall in London’s West End.

In May 2009 it was performed for a week at the New Theatre Dublin as part of the International Dublin Gay Theatre Festival where Spencer Charles Noll was awarded the Michael Macliammoir Award for Best Actor.

In March 2010 it was revived for four weeks at London’s King’s Head Theatre.