Who we are Read More

Martin is an experienced actor, director and writer – more than twenty of his plays have been professionally staged.

In 2007 he played ‘Ian’ in a national tour of Sarah Kane’s BLASTED. His play LORD ARTHUR’S BED started at the 2008 Brighton Fringe, toured throughout England, won best actor award at the Dublin Gay Theatre Festival, and played for six weeks in London at the Drill Hall and the Kings Head Theatre.

More recently he has performed his solo show NAKED HOMO in Brighton, London, Dublin and Barcelona; it was nominated for a Best Writing award at the 2010 Brighton Fringe. In May 2011 BILLY BUDD SAILOR, which he wrote and performed won the prestigious top award in the Brighton Festival – Star of the Festival. In 2012 he was commissioned by the Brighton Festival to write and perform COCK as part of DOMESTIC at The Basement. He has since worked closely with The Basement and performed HANDEL’S CROSS in Dublin, London and Glasgow. In May 2014, he gave the first performance of MIRANDO during Birkbeck Arts Week, which has been performed again in London and in Brighton and Sitges, Barcelona. Recent new work includes companion pieces to COCK – QUEER NIGHTS and QUEER BODIES. His latest play SCREAM QUEER MURDER was tried out in Paignton at the Palace Theatre in March and will be premiered at the International Agatha Christie Festival in September.

Martin is Artistic Director of ¡BARCELONA SOLO! International Solo Performance Festival www.barcelonasolo.com and teaches acting and writing at the Institute of the Arts Barcelona. 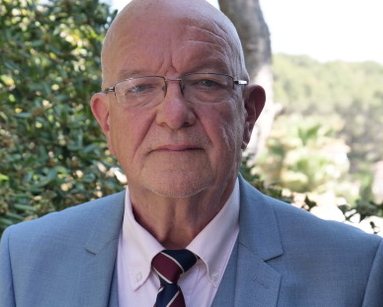 Andrew has had a long career in UK theatre as a director, writer, consultant and professional mentor. He has been the artistic director of regional theatres in Newcastle upon Tyne, Perth and York; he has worked in advanced theatre training in the UK, Europe and Egypt; and he has made a number of devised theatre pieces which have been performed internationally.

He led the Birkbeck MA in Creative Producing and worked on the MFA in Theatre Directing which he wrote.  He has also been Director of Studies at the Institute of the Arts Barcelona. Currently he  works as a freelance consultant, teacher and director.  He has worked with Martin on many occasions most recently collaborating on all of Theatre North’s recent productions including NAKED HOMO and the award winning BILLY BUDD SAILOR, MIRANDO and our live art work, all of which he directed.  He both directs and appears in HANDEL’S CROSS and has recently directed SCREAM QUEER MURDER.