Sarah Kane’s first play, lambasted by critics when it was first performed in 1995 as “a disgusting feast of filth” (Daily Mail), is now considered a classic of 20th century theatre.

This was a rare chance to see this powerful anti war play set in a hotel room in Leeds, while war rages round about. 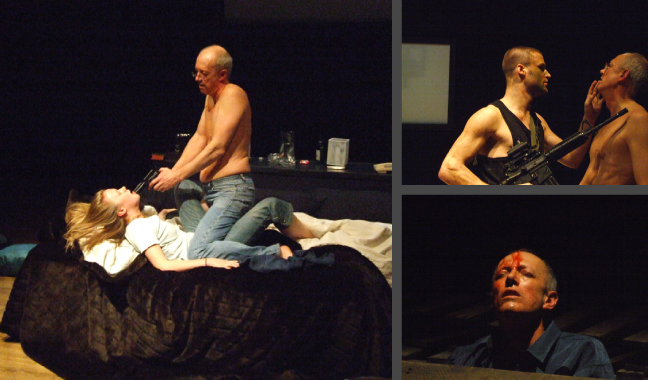 “Watching Blasted is a cathartic experience, for pity and fear are very much to the fore.

Theatre North’s production concentrates our attention on the performances and the cast (director Martin Lewton as Ian, Victoria Bavister as Cate and Ben Matthews as the Soldier) are utterly convincing.

This was a first for the Customs House: the largest audience for a play at the venue for a long time and a whole new audience, drawn from throughout the region”